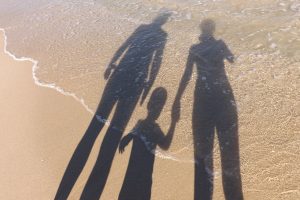 In a field as sensitive and responsible as Family Law, it is absolutely imperative for all issues to be treated with particular attention, no matter whether they concern relationships between spouses, children, mothers or fathers. Family Law is this law field which regulates the rights and obligations in the family. Marriage is probably the major foundation of the branch, whereas the basic principles are the following: protection of marriage and family by the State and the public, gender equality, special protection of minors and adolescents, freedom of will at conclusion of matrimonial union, equal rights for all children irrespective of whether they are born during a marriage, outside a marriage or are in the process of adoption, respect for all persons in the family. Other regulated issues are the required age to conclude a marriage, the legal impediments which render it impossible to conclude a marriage. For instance, bigamy (polygamy) in our country is absolutely forbidden, as it is in most developed countries worldwide, but there are also countries where it is allowed. It is important to note that, at conclusion of marriage, the husband and the wife may choose the legal regime under which they shall exercise their rights and obligations. The most popular regime is the community one. It is actual for two reasons: 1. The persons concluding a marriage are not aware of the other possible options to regulate their matrimonial relations, so if no choice is available this is the regime by default and the civil status officers enter community regarding it; 2. No one concludes a civil marriage admitting the idea of divorce, however, from legal point of view, it is expedient to admit such hypothesis. Under the community legal regime, most generally speaking, everything acquired during the marriage is common property and the spouses have equal rights and obligations. The second type of legal regime is the regime of severability whereas, under it, the rights acquired by the spouses during the marriage are their personal property. The last regime is the contractual regime. Here, the parties may regulate explicitly their rights and obligations by a written contract, whereas, under this regime, additional procedures are required.

When the marriage is irreversibly corrupted, there are two options for its dissolution – by mutual consent or under the general terms. It is advisable for the procedure to take place by mutual concent, since it concludes by one court hearing, while under the second hypothesis, the action may continue for years on end.

It is important to note down that the relevant regulatory action here is the Family Code, which contains hypotheses regarding origin, adoption and other.

Regarding Inheritance Law, it may be said that everyone has kin from whom they obtain both positives and negatives, whether it concerns inheritance of real estate, movable belongings or other rights. Inheritance is effected by law or by will. By law means that a certain group of persons obtain both rights, as well as obligations from the legator. The other approach, namely the will, may have two forms – hand-written will or legalized will.

An important moment in inheritance law is the hypothesis of waiver of succession. We emphasize on it, since quite often the heir receives more obligations than rights. For instance, the legator has drawn a long-term loan, which after their death is assigned automatically to the heirs. It would sure pay to pay-up the liability, if there is some actual property to inherit, but when the property to inherit is inadequate, we recommend namely the waiver of succession. The tackling of hereditary mass and hereditary relations is regulated by the Inheritance Law.

In the field of Family and Inheritance Law,”Ivanchov & Partners” offer the following services: