According to Article 19, Pargraph 1 of the Constitution of the Republic of Bulgaria: „Economy is based on free economic initiative“. Article 1 of the Protection of Competition Act (PCA) reads that „The PCA aims to provide protection and conditions for expanding of competition and free initiative in the economic activity“. Most generally said, the PCA aims to terminate and suspend unfair commercial practices which might, in some way, violate the principles of competition. Protection against agreements, monopolies, abuse of stronger positions during negotiation and others have been regulated. The control over the concentrations of enterprises has been regulated. The state authority controlling this branch is the Commission for Protection of Competition.

The matter is quite extensive to allow for coverage of all hypotheses of the field; therefore, we shall focus on the most topical issues

Procedures are instituted by a decision of the Commission for Protection of Competition itself, by a demand of the Prosecutor, by initiative of the persons whose interests have been affected or jeopardized or under other hypotheses envisaged by law. Where a violation is established, the Commission imposes property sanctions amounting up to 10 percent of the total turnover for the previous financial year. Natural persons may be imposed a fine between BGN 500 and BGN 50 000. The decisions of the Commission may be appealed under the terms of the Administrative Procedure Code before the Supreme Administrative Court. 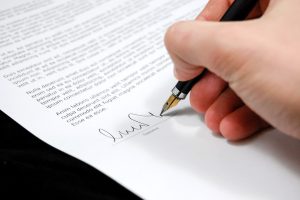